PREFACE to this post: I drafted this article before the orchestrated violence began occurring in United States cities. This subject matter does not directly coincide with those riots. However, the upheaval of emotions over it are linked to the topic of this blog. I hope you’ll stick around for the rest, because I think it’s an important message.

It’s called a crime of passion if a man catches his wife being unfaithful and then murders her lover.

It’s called a crime of passion if a woman catches her husband being unfaithful and murders him.

Does the term “crime of passion” make the act of murder palatable? Do we make it okay to commit murder because they loved and trusted their spouse and they merely reacted from hurt and betrayal?

They made their decisions out of pure emotion. Could our society be making decisions from emotion, and in turn, ruining our lives? 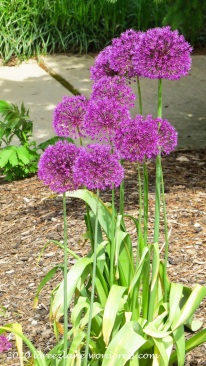 On occasion I’ve touched on what’s happening in society on this blog. Although I lean to one side, I try not to impose my side, because at the core of our issues, I don’t think it’s about sides at all.

In an article I posted in June 2017, I wrote about deciphering between emotions and intuition when making decisions. I was concerned by how so much of our society was reacting to everything from emotion. I honestly feel that is a big part of the problem with the division we’re seeing.

For the first forty years of my life, I didn’t notice a lot of division within society as a whole. There were smaller pockets of division, but not so wide spread as it became in the year 2005 and continues to today.

Side note: In full disclosure, there was division when I was a toddler, but I was too young to know, and the division settled down as I became a self-aware child.

What could’ve happened to our society in 2005 to jump start a barrage of division?

Well, among other things, mass communication became more accessible. Anyone and everyone could have access to the internet. Platforms like MySpace and then Facebook took hold. There have been many more since.

I have to be honest, I’ve read posts and articles, seen photos and videos, that have made me extremely emotional. I find my emotions almost continually being flared—from the internet, to television, to movies—there are constant messages coming at me.

I realize that I don’t have to read or watch any of those things, but the messages are difficult to escape. The times I get a break are when I’m visiting with family, friends, writing, reading, shopping, or taking a well-deserved vacation. But, since mid-March, half of those things have been taken from us due to the virus.

Our emotions are constantly being manipulated. Is it a wonder we’re divided? We’re having messages sent to our brains, which register to our emotions. We pick a side of how we feel about it, and we react by judging others from our self-righteous keyboards.

Even as I write this out, I’m becoming emotional. Why? Because, I believe in the overall goodness of humanity. Our compassion and sensitivity is being used and abused to cause division. The riots are a different topic, but they to, tweak our emotions to force us to pick a side. In reality, we’re all on the same side of what sparked the unrest.

I long for us to unify against the emotional manipulation . . . to think more rationally before making decisions from emotion. I wrote in my 2017 article, emotions are subjective. Judging people because we think the way we feel is more righteous than another is not the answer.

After explaining all of this, I leave you with one question, and it’s not a rhetorical one.

Who benefits from a divided society?

Someone asked me this question, and I had to figure it out on my own. There is an answer, but it takes logical thinking, not emotions, to find it. I’ll leave it for you to figure out.