As I write this, my emotions are running high. I’m trying to stop and think more clearly . . . figure out how to settle these emotions down.

All at the same time.

“Tears are words that need to be written.” ~ Paulo Coelho 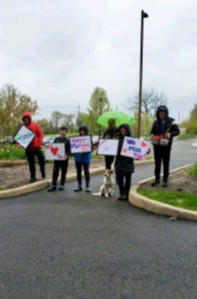 “I must not fear. Fear is the mind-killer. Fear is the little-death that brings total obliteration. I will face my fear. I will permit it to pass over me and through me. And when it has gone past I will turn the inner eye to see its path. Where the fear has gone there will be nothing. Only I will remain.” ~ Frank Herbert

I’m scared because, first, I fear for my mom who is in the at-risk category. Secondly, I fear for myself and the rest of my family. At times, I’m afraid to live life, fearing the deadly germ could attack me at any moment. I don’t even want to touch items that I bring in from outside the home. Everything must be cleaned and cleaned again. From what we’re being told, the virus is brutal, which is frightening. I’m scared because I’ve always been a law abiding citizen who wants to help others whenever I can, but I could go to jail if I go to my beauty salon. I’m scared freedom is at risk. I’m scared of oppression. I’m scared of tyranny.

“A good deal of tyranny goes by the name of protection.” ~ Crystal Eastman

“Of all tyrannies, a tyranny sincerely exercised for the good of its victims may be the most oppressive. It would be better to live under robber barons than under omnipotent moral busybodies. The robber baron’s cruelty may sometimes sleep, his cupidity may at some point be satiated; but those who torment us for our own good will torment us without end for they do so with the approval of their own conscience.” ~ C.S. Lewis 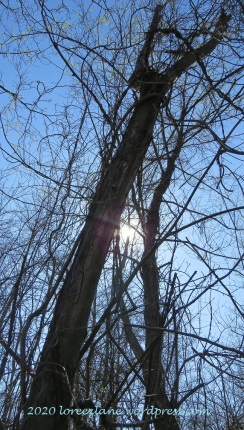 If I was told that the only way for me to stay safe and to keep from harming others was to stay in my basement with the lights turned off and only eat the crusts of bread thrown down to me, would I do it? Would this be the line everyone would draw to unify for liberty, or will people still blindly follow the “experts” and elected officials, no questions asked?

“Every collectivist revolution rides in on a Trojan horse of ’emergency’. It was the tactic of Lenin, Hitler, and Mussolini. In the collectivist sweep over a dozen minor countries of Europe, it was the cry of men striving to get on horseback. And ’emergency’ became the justification of the subsequent steps. This technique of creating emergency is the greatest achievement that demagoguery attains.” ~ Herbert Hoover

I’m scared to catch it, yet angry to be controlled over catching it. It’s very confusing. I haven’t known what to do with these emotions. At one point they led to a panic attack.

Fear is a powerful tool for tyrants. But, I will not be broken. There is a place I can go to clear my head, but it’s a difficult place to get to amongst the emotion. I do know that I’ve worked out emotions in the past, and I will again.

How are your emotions through this the societal crisis?

20 thoughts on “What to do with all these Emotions”