I read a daily affirmation magazine and have occasionally put up posts with some of those sayings. Most of them resonate with me, but once in a very great while, I find one a bit too idealistic.

For example, Saturday’s affirmation was about forgiveness. It says, “…become still and surrender…loving light purifies my heart…deep…healing begins to unfold…anger and hurt dissolve and a sense of peace washes over me.”

While I’m not opposed to this in any way, the affirmation makes it seem like forgiveness can happen instantaneously. Perhaps it can, but I’d guess it’s rare.

Many times, when people can’t forgive, there is a long history of built up hurt. Not only that, but if we are angry with someone who is in our daily lives, it’s difficult to forgive them if they are still exhibiting the same behavior.

When I was having difficulty forgiving certain people in my life, I got mad at myself. Why was I so resentful? Why couldn’t I forgive them? What is wrong with ME? I couldn’t even forgive myself for not forgiving others.

I eventually saw a professional who gave me permission to be angry. My reasons for the anger were validated. Instead of fighting with my anger, allowing myself to feel whatever emotions surfaced was okay. So, the first steps were to feel the emotions and then forgive myself. This took a few months, until one day, I found myself feeling sorry for certain people that had angered me. The empathy I felt for them, was because I saw that they hadn’t done what I did … give themselves permission to feel. I could see that it was inhibiting them and effecting their behavior. I knew than, that I had forgiven them.

Recently, I’ve been holding anger toward someone again. I’ve been allowing the emotion to flow, and for the Universe to guide me. Over the weekend, a sign came in the way of a television show. Something that a character did helped me to understand the person I was angry with a little better. Once again, I felt empathy. I find that the anger is now dissipating. When you give yourself permission to feel, healing will eventually arrive. 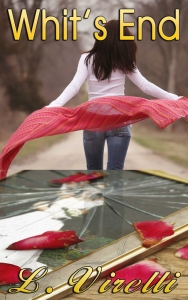 In my novel, Whit’s End, my character, Ava struggles with forgiveness. She questions her own part in the issues, much like I did. There is depth there in her learning. Perhaps others can relate to her and find ways to cope in their own lives.

You can read about how Ava and Meg deal with the family dynamics and dysfunction when they marry into the Whitaker family. I would love to get your thoughts on them. Click on the title link above, or the book cover.

12 thoughts on “Easing into Forgiveness”