I appreciated the input about my WIP on last week’s blog post and thought I’d try asking for advice on my finished novel this week. I’m struggling to come up with a title. I’ve had a few different working titles, and I’m not really sure I like any of them.

Here’s what I’m going to do. Below is a blurb about my finished novel. Beneath that is a clip from the prologue (some of it has been removed for brevity), and then beneath that is a poll to choose a title. I highlighted keywords in pink font that may be important for a title. I’d like to avoid the “fork in the road” cliche.

On the poll, there is an option that says ‘Other,’ and it would be great if you had an idea you’d like to share, too. Thanks in advance for your help. 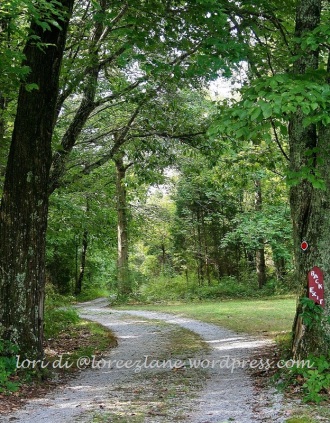 Blurb: Married to the dysfunctional Whitaker brothers, Ava’s and Meg’s marriages are in the ditch when each discovers the excitement of another man, one who understands the needs of a neglected wife. When the women reach this critical junction in their lives, they each take a different road. One takes the exhilarating route of an affair, the other chooses the bumpy road of working on her marriage. You might be surprised where their paths lead them, and what they learn about themselves along the way.

Ava glared at the computer in a daze. The letters blurred, mimicking the whirling haze in her mind.

A man she had met on the internet invited her to meet him in person at a coffee shop. Could she really be considering it? He knew Ava was married and swore he just valued their friendship. They could be friends…couldn’t they?

Ava’s troubled marriage didn’t help matters. Over the past twenty years, her husband switched from calm and compassionate, to insensitive, withdrawn and self-involved. She didn’t know how to awaken the loving man she married who seemed buried deep inside him. Even when they were in the same room, he was absent from their marriage.

Normally, her core principles halted the thought of meeting another man. Nothing should justify contemplating the idea. Could she really be that unhappy?

Back in her single days, Ava knew the men she dated were trouble. She thought she struck gold when meeting and falling in love with a clean-cut, respectful family man. Her hopes for a stable life with him now seemed near impossible.

Meg, the newest member of the symphony orchestra, eyed the conductor as he spoke to a percussionist before rehearsal. Wavy blond hair fell past his neck. Despite a small frame, the defined muscles rippled in his lean arms. Definitely different from her husband’s larger but flabby build.

He moved toward the podium and caught her staring. Their eyes locked for a few intense seconds, until he raised his baton, and they concentrated on the job at hand.

Unexpected giddiness welled inside her. She couldn’t remember ever feeling so aroused. Certainly her husband didn’t elicit such a thrill, not even in the early stages of their relationship.

Meg longed to be understood, and imagined being loved by someone who recognized her talents.

She and the conductor immediately clicked when they met, finding they had much in common. Did she misinterpret his signals, or did he feel it too? She daydreamed about him sweeping her away.

30 thoughts on “Seeking a Title”